Breeding, riding and shop, and then the stories of men and horses. Horse racing and equestrian policy, a rigorous analysis with the aim of changing horse racing.

QUESTI I LOTTI IN ASTA

He’s a world Champion and she’s the 1st Gucci Masters winner from 10 years ago, an exclusive embryo of both of Jos Lansink’s top horses!

She was 2nd at the Top 10 Final during Paris 2011 and the mother of a world champion 7 year old. He’s a promising top sire!

Both parents of this embryo have many impressive wins ridden by the top ranked rider of the FEI Longines Rankings, Harrie Smolders.

A rare embryo of a world class sire crossed with a daughter of the fabulous Narcotique de Muze II, Qerly Chin’s pedigree!

He holds the record price at auctions. She’s the full sister of Babbe van’t Roosakker as well as the daughter of the very sought after Usha van’t Roosakker!

He has passed away leaving behind an impressive legacy. She’s Cornet Obolensky daughter and has performed at 160 shows all over the world. A rare embryo not to be missed!

He’s a desirable dutch sire. She jumped many years at the international level with her loyal rider, Christian Schou!

The late stallion of Paul Schockemöhle crossed with an impressive performance pedigree!

A unique embryo of one of the best, Cornet Obolensky’s son crossed with a Diamand de Sémilly daughter and utero sister of the great champion Taloubet Z!

The utero sister of the Olympic horse London and the sought after pedigree of Ta Belle van Sombeke!

Sire is real performer and has produced numerous top prices at auctions. She is the full sister of the superstar stallion Vagabond de la Pomme, an embryo that combines power and victories! 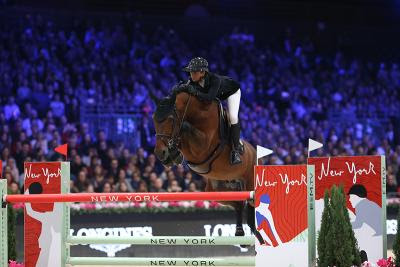 He has won everything, even his last International Grand Prix. She is the heiress to a lineage of champions!

With his performances he contributes to the world number 1 ranking of his rider. She is the daughter of Walnut de Muze who has performed on all continents with this rider in the past!

A very limited amount of semen is left of this performer stallion that left too soon. The maternal lineage of this embryo groups all the superstars of the Zangersheide stud.

He has very few products and was vice World Champion. She is daughter of the full sister of the great Baloubet du Rouet!

A very unique occasion to acquire an embryo of the father. She is from the same maternal lineage as the European Champion Myrtille Paulois!

He produced an Olympic Champion and a World Cup winner. She has some of the biggest performing stallions in her pedigree based on the exceptional lineage of Usha van’t Roosakker!

He was Olympic Champion and three time winner of the World Cup. She is from one of the most important German lineages and already has a daughter who performs at top international level!

He was the pride of the German team and his breeding is one of the most interesting. She competed at international level and is the only daughter of Kashmir Van Schuttershof of the catalog!

He is the father of the exceptional Fit For Fun and numerous other horses. She is the only daughter of Ben Maher’s superstar mare Cella.